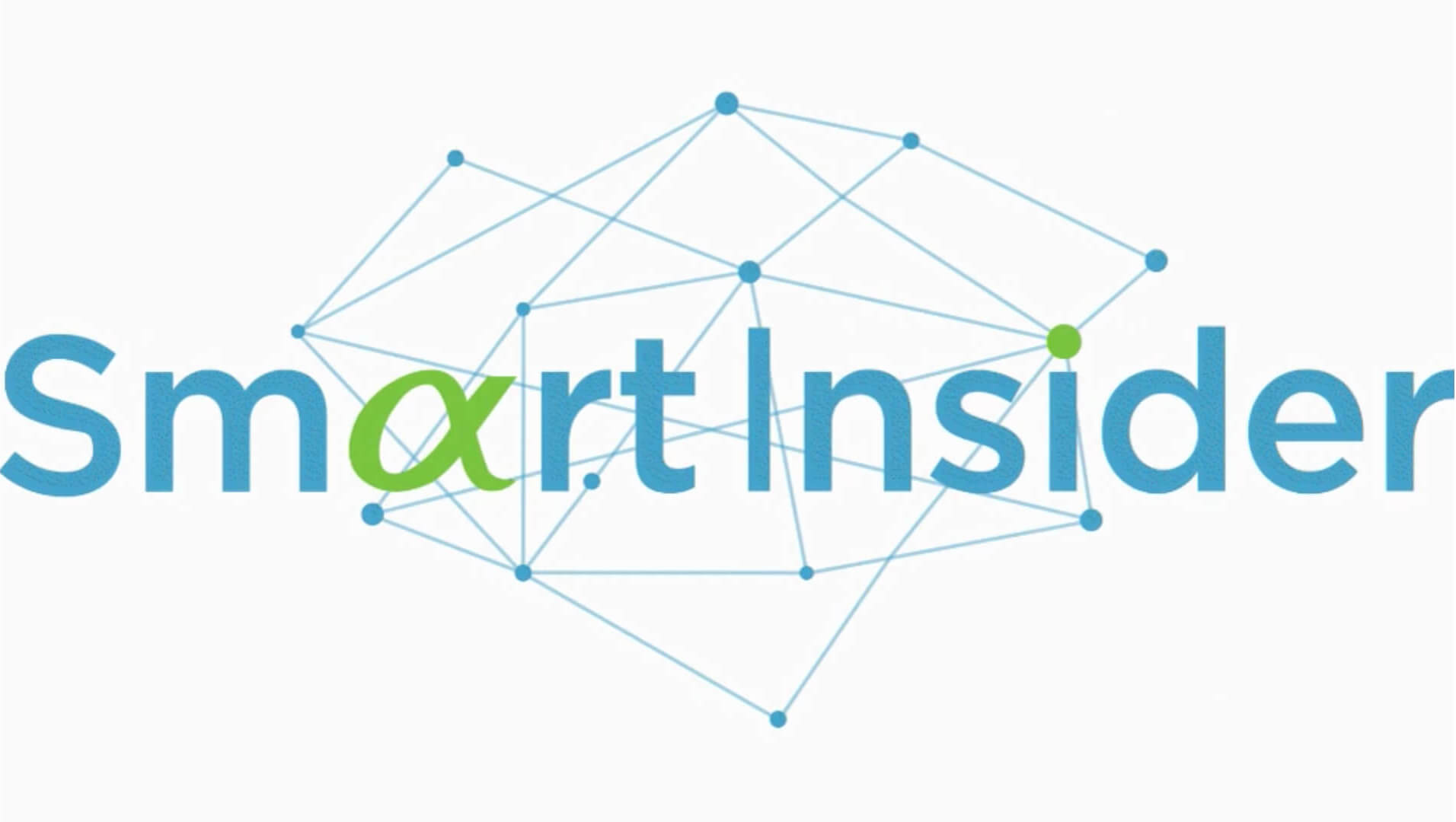 Timely data delivery customised to every user, backed by analysis tools on our website 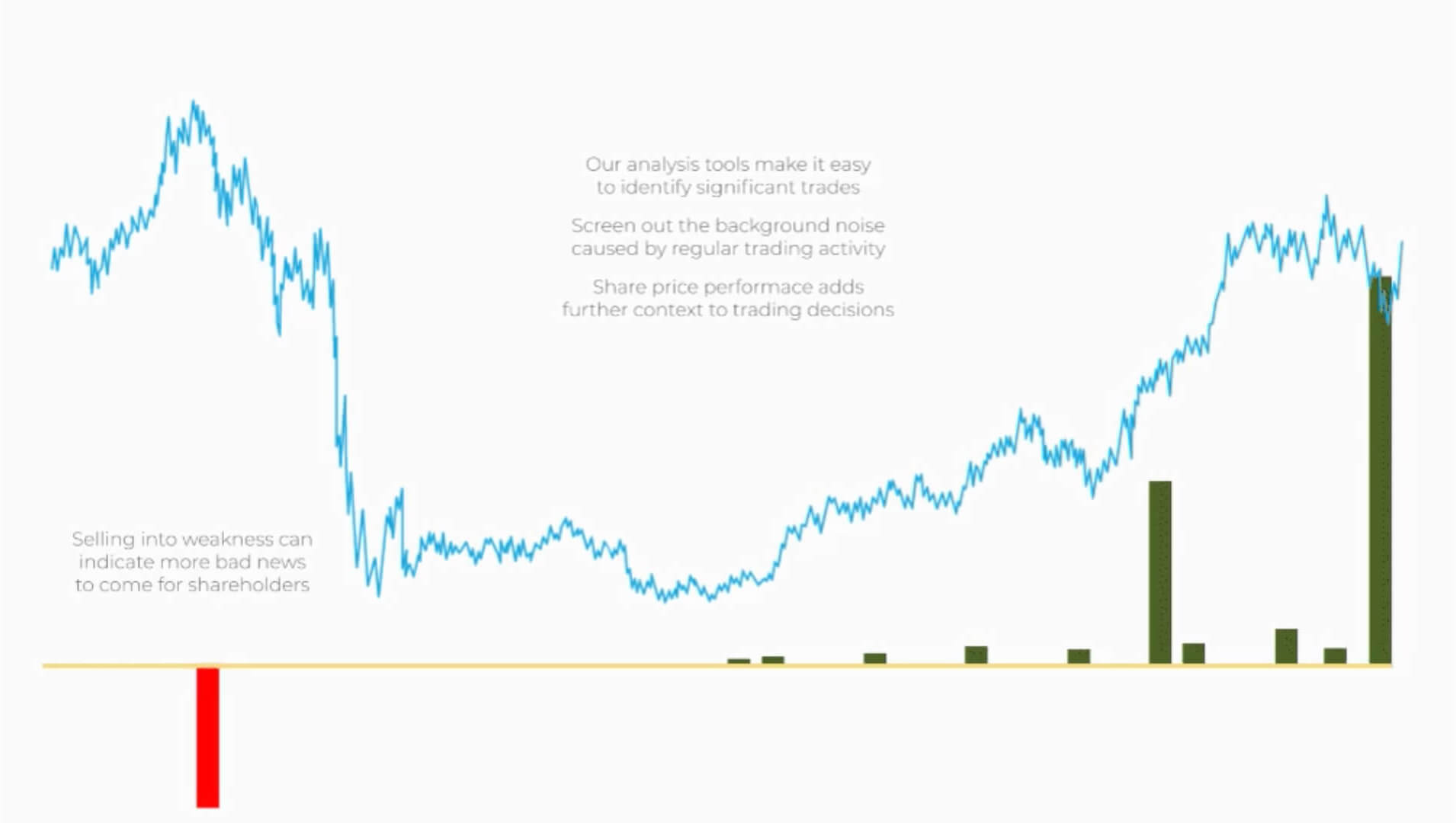 Better data usually means less of it, not more. By customising delivery right down to user level we ensure that the frequency of delivery and alerts gives our subscribers the facts they need tailored to their investment process. Desktop alerts draw attention to key trades and give users the ability to look behind the headline data with comprehensive filtering and display tools. Every client is different so users can specify the method, timing and frequency of data delivery as well as define the stock universe which matters to them.

Our Signals service starts with our senior analysts getting hands-on with the data. Experienced minds review the data as a team throughout the day uncovering stocks where director trading patterns are most likely to indicate future share-price performance. Ideas and convictions are scrutinised before the team reach a view on companies by looking at trades by individual directors or multiple board members. The conclusions comprise our signals data along with commentary on why each conclusion has been reached.

Where stocks meet individual clients’ investment criteria the signals are communicated in a way that suits their work-flow. Bespoke services can include bespoke analysis of a client portfolio or other stocks of interest. Signals data does not include recommendations to Buy or Sell and stocks. 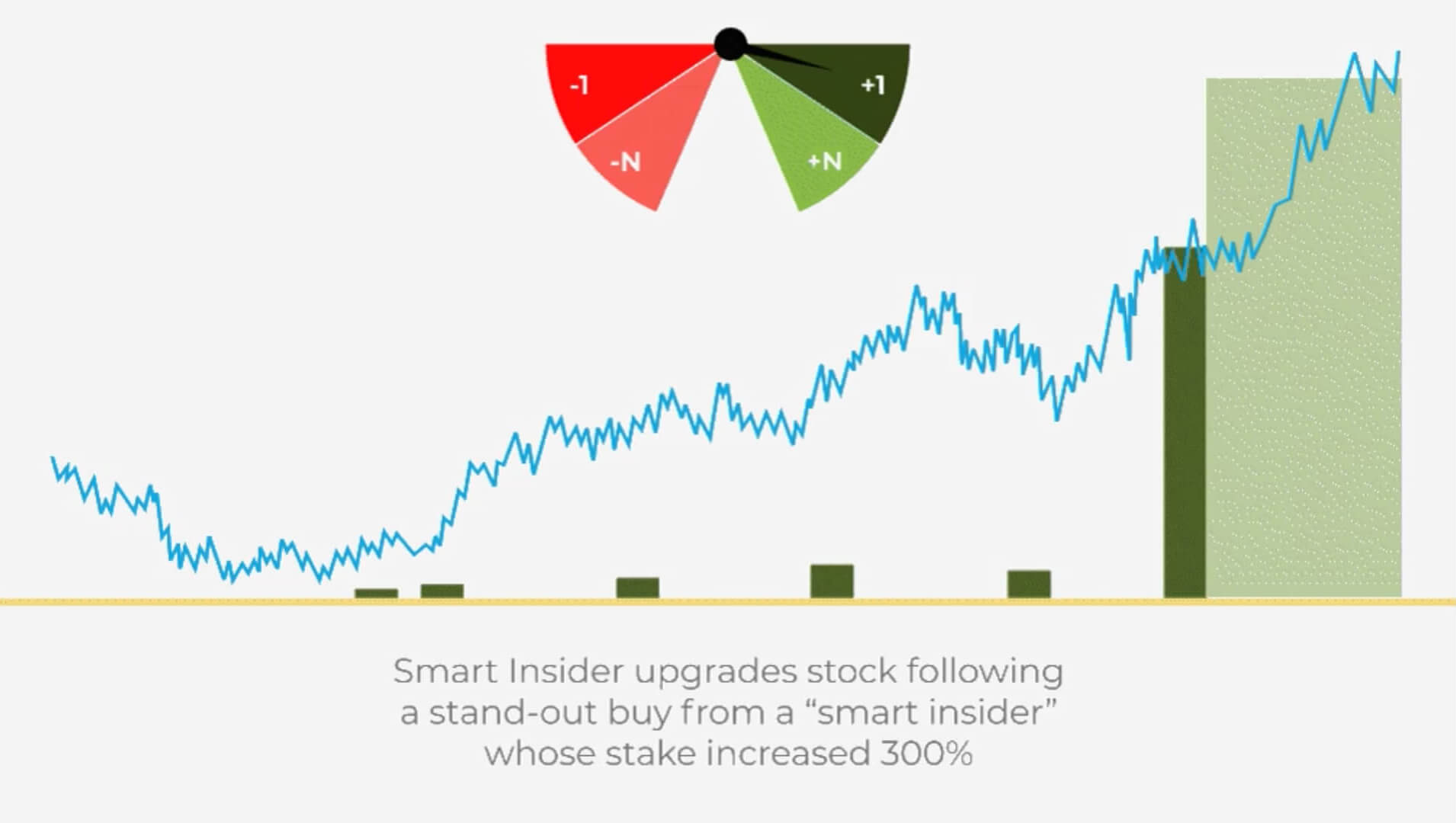 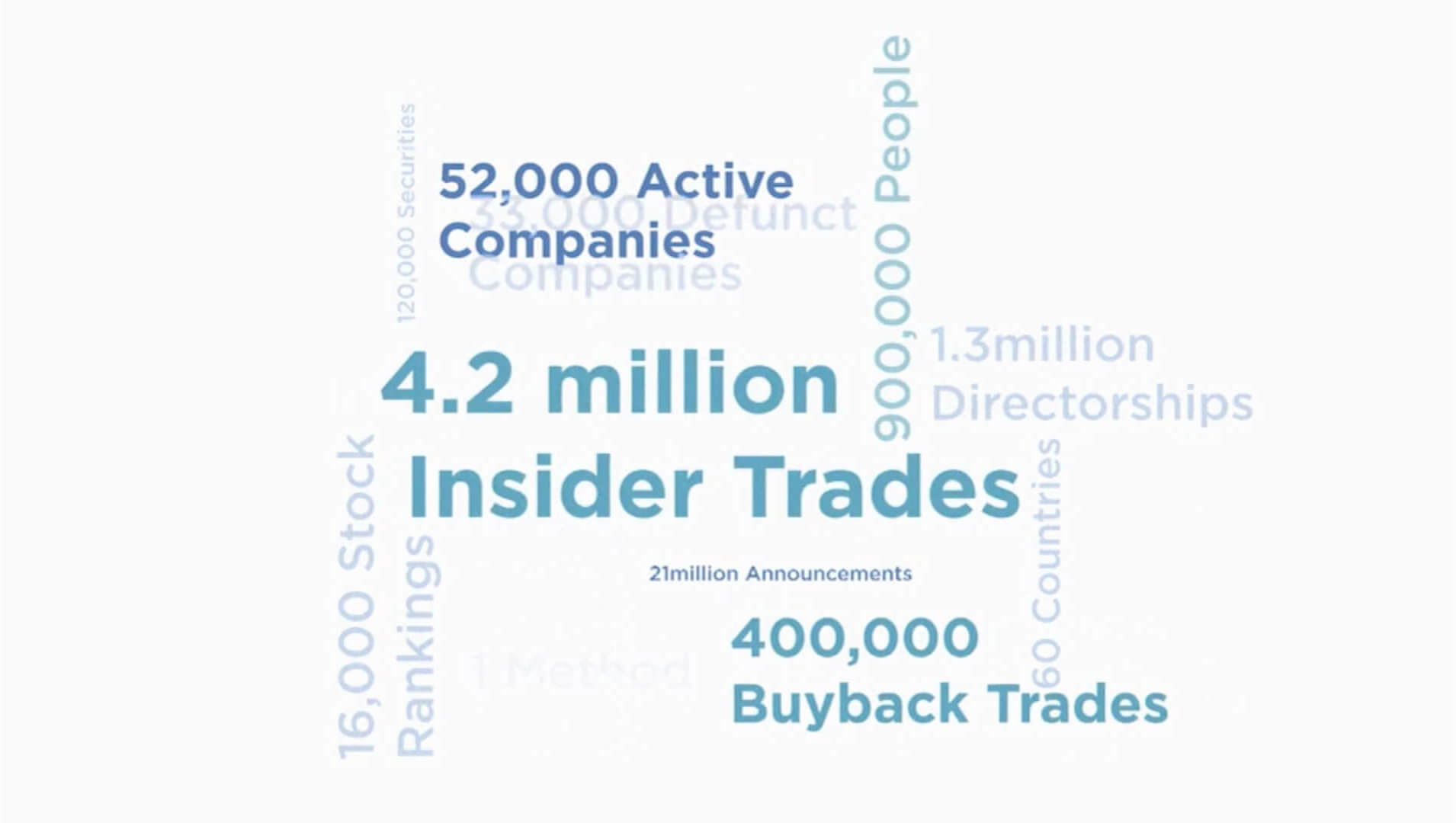 With around three million transaction records growing by 1,000 per day, our global insider transaction database dates back to the mid 1990’s in some markets. Each transaction has been scrutinised by our production analysts ensuring consistency, accuracy, and timeliness. Data is processed under consistent criteria using bespoke software tools and secondary data sources to ensure records are accurate and complete.

Whilst clients demand high standards of accuracy, data in itself is not the ultimate goal. Our historic data has a proven track record in giving signals which help clients improve their investment decisions. Coupling Investment grade insider data with more traditional data sets such as fundamentals, news flow, or broker estimates can lend weight to stock sentiment or identify new stock opportunities. Our clients use a variety of features within the data itself to test different hypotheses and can build their own algorithms based on conclusions from historical testing. Our operations staff are on hand to help with this by providing pointers to help with historical analysis, or delivering data derived on bespoke algorithms as required by each client.

Our Company buyback data tracks and analyses the amount and value of shares bought back by listed companies. Covering every market where buybacks are reported our global offering also includes ‘Buyback Intentions’ which are the announcements made before buybacks are executed. Our reports and alerts cut through the noise offering clients concise, timely buyback data tailored to their stock universe. 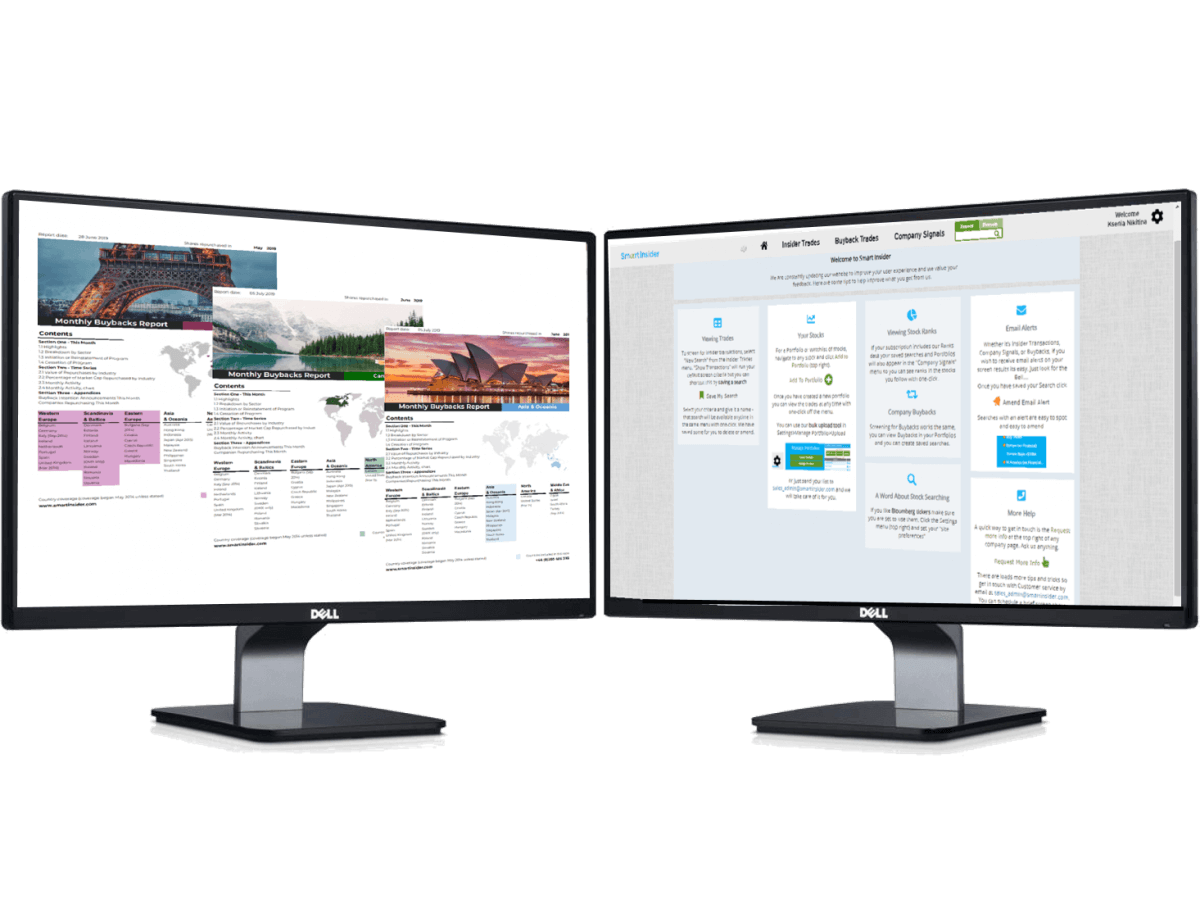 Stock of the Week

PVH Corp – PVH, +1 –  Henry Nasella (Director since 2003) purchased 6,250 shares on September 4 at $80.37, spending $500,000. This is Nasella’s largest purchase and follows a $100,000 purchase in May around this same price level. We ranked the stock +N on September 4 based on a $10 million purchase from the CEO at $75 per share. Both insiders buying the stock have been with the company for >16 years and are making their largest purchases. The addition of Nasella to the pattern allows us to upgrade the stock from +N to +1.

View Previous Stocks of the Week